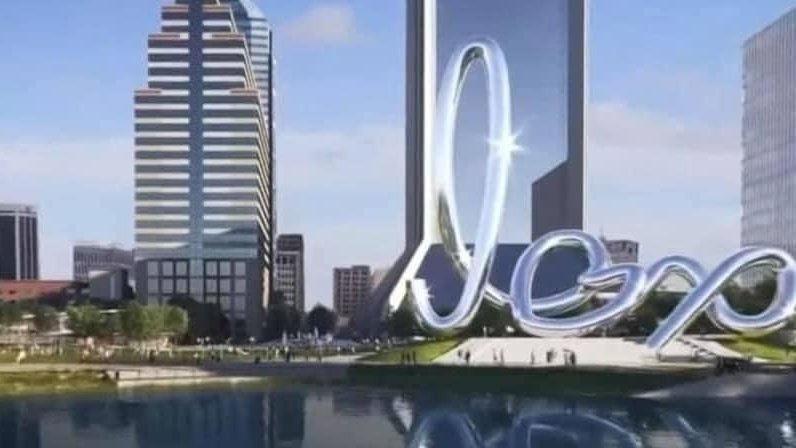 I revived my ancient printer My circa-1998 HP DeskJet 722C printer hadn't printed a page in a decade or so, but I decided it would be fun to get it running again! It's old, but it's always been a fast, quiet, and reliable machine. This printer originally came with a Gateway PC running Windows 98. The Gateway has had two motherboards fail me, so I scuttled the idea of trying to get the printer running on that computer.

This printer was designed for older operating systems and likely isn't compatible with Windows 10 (or 8, for what that's worth). Fortunately, I have a Windows 7 desktop computer that doesn't get much use anymore, so I decided to give that a try. I was pleasantly surprised to see that this 23-year-old printer played nice with a Windows 7 machine. Said Windows 7 PC is 32-bit and has a parallel port, which greatly simplified setup.

After downloading the driver, I got the printer and computer on speaking terms. However, when I tried to print a document, the page was blank. I suspected the ink cartridge had gone bad - it probably dates back to late 2004, maybe early 2005. There was a lot of gunk around the nozzle - it looked like Gooper Blooper had had a field day there! I tried cleaning it with a Q-Tip and some alcohol, but that didn't help - when I printed after cleaning, the output was still blank. The indicator on the cartridge suggested that there wasn't much ink left in the cartridge, and I'd bet it's all dried up by now.

Fortunately, I had a replacement cartridge on hand. This unopened ink cartridge is over two decades past its expiration date of November 2001! We got it from our school system's surplus sales center around 2005 - we wanted a backup cartridge just in case HP stopped making cartridges for this old but trusty printer. I have no idea what kind of abuse it suffered in its former life, although I know it suffered through some rather extreme heat sitting in the garage for years. I popped this old cartridge in our printer yesterday and was slightly shocked to see that the printer worked as good as new.

Audacity was recently sold to a commercial entity, which has quickly implemented some worrisome data collection practices.

Don't update your Audacity software - if you're using any version older than 3.x, you should be safe.

I've been using Audacity for 15+ years, so it's disappointing to see that Audacity's new overlords had the audacity to do this! The fork shows promise, though.
An interesting analysis of UI inconsistencies in Windows 10 https://ntdotdev.wordpress.com/2021/02/06/state-of-the-windows-how-many-layers-of-ui-inconsistencies-are-in-windows-10/

An interesting read! Thanks Sean for showing this to me.
Crates are dangerous https://twitter.com/MarioBrothBlog/status/1401212148978786309
Bibby Games in 2021 One of the few upsides of the global pandemic is it's given me a lot more time to work on my games! I've probably done more game development in the past year than I'd done during the last 2-3 years B.C. (Before COVID). While life is starting to return to normal, I expect to be working from home for quite a few more months, which saves me about 90 minutes on commuting time every workday! I think most social gatherings will still be limited for a while longer, too.

Since I still have a glut of free time on my hands, here's a glimpse of what's to come - assuming I can maintain my current game-developifying pace.

Update Old Stuff
MFGG's 20th anniversary is a little over a month away. While MFGG certainly isn't nearly as active as it was in its heyday, it's been tremendous influential on my life and it's only right that I do something to celebrate! I'm currently working on finishing/updating a bunch of my old game projects - some popular ones, and some obscure ones! By July 9, I'd like to get to the point where all of my old games achieve the original vision I had for them and are free of glaring bugs. In some cases, I'll be polishing them beyond what I ever expected them to be. (That said, I can't guarantee that all of them will be amazing, because some of them weren't amazing ideas in the first place.)

Also, I'm finally going to do something with the Stop 'n Swop system that I've been quietly implementing since 2012...

Bibby Platformer
I've also been making a lot of progress on my indie platformer project that had been sitting on the back burner for practically forever. The engine is complete, and most of the graphics and audio are in place. The main thing I need to now is design the levels and add more enemies, obstacles, and gimmicks. Once the Classic Bibby Games Renovation Project is done, I hope to resume working on this.

Career Fantasy
Also known as Career Saga (or possibly another name - the title isn't set in stone!), this is another project that deserves more love! I've been slowly but steadily making progress here. I've upgraded the engine to GM Studio 1.4 (staying in GM 8 forever was probably going to be unwieldy), and a certain awesome person is making some sprites. More to come...
Google Photos OCR has gotten pretty good I took a photo of the box of Mario Kart: Double Dash!!, and it got uploaded to Google Photos.

Apparently Google Photos detected that there was a lot of text in this image, and it offered to convert it for me. Here's what I got:

I'm kind of impressed that Google could pick up most of the text on the page. I'm also impressed that the Google Photos search feature has gotten as good as it has.
Playing the Zelda CD-i games reborn! Someone recently remade two of the infamous CD-i Zelda games in Game Maker Studio. Now you can "enjoy" Link: Faces of Evil and Zelda: Wand of Gamelon in all their glory, even if you lack a way to the play the originals!

Normally I wouldn't encourage 1:1 remakes of commercial games, but this is a unique case. The odds of these games getting re-released are about nil, for obvious reasons. It's difficult to find the original physical media and a working CD-i to play them on, and my understanding is CD-i emulation is quite an iffy proposition. The remake also offers some optional features that aim to improve upon the original games. So yeah, this is quite a remarkable project.

I haven't played them very long, but I can definitely see why the original games have gone down in infamy! The cutscenes of YTP fame are ripe fodder for parody - and the quality doesn't get better after the legendary opening cutscene. ("My cakes will burn!")

The in-game graphics are actually a lot better than the cutscenes. Some of the backgrounds, especially the world map, are nice. The animations are a little shaky, but there is some charm to the graphics. Sadly, it's often hard to tell where platforms begin and end, which makes a lot of the platforming sections needlessly confusing and frustrating.

The gameplay takes a lot of inspiration from Zelda II. That's not a bad thing - Zelda II certainly isn't my favorite entry in the Zelda series, but it has a lot of interesting ideas that really haven't been explored since then. Unfortunately, the CD-i games borrow the Zelda II format and generally make things a lot worse.

Boss fights are kind of boring. Most of them require you to use a special weapon - and unlike regular Zelda games, this probably isn't something you recently acquired. In fact, it's likely a weapon that comes from another level. So it's easy to trek through a dungeon and find you're unable to beat the boss because you don't have the weapon you need. Fortunately, once you have said weapon, the boss goes down very easily.

The soundtrack is better than you'd expect. The super-80's soundtrack feels very different from the "real" Zelda games, but there are some catchy tunes in this game. (It's possible that a couple of them got lodged in my head this week.)

It's nice that Princess Zelda enjoys a starring role in Wand of Gamelon - there weren't too many adventure game heroines in that era. Zelda's controls are exactly the same as Link's, though, and they each get many of the same items and fight the same regular enemies. It might've been more interesting if Zelda had gotten a unique move or something.

(I also like how Link is informed at the beginning of Faces of Evil that he doesn't have time to grab his stuff... yet you spend an awful lot of time early in the game trying to gather basic items essential to advancing in the game.)

In short, the CD-i Zelda games are an "interesting" experience - and not necessarily a good kind of interesting! They're worth checking out if you're curious, but you might get more enjoyment out of watching someone else play them - or scrubbing all the floors in Hyrule.

(Also, the remakes themselves are amazing.)
Groose-Strich 2016 Download it here!

What better way to celebrate April Fools' Day 2021 than by releasing a long-canned project about the 2016 U.S. presidential election? Ya know, the one with Donald J. Trump and Hillary Rodham Clinton (and Gary Johnson and Jill Stein and Evan McMullin and Bernie Sanders and Faith Spotted Eagle!).

Way back in 2016, Pokemon Go was all the rage - and so was the election! I toyed with the idea of making another political game for 2016, but I was starting my first semester of grad school, and I just didn't have the time or willpower to code the project I designed.

Fast forward four and a half years... Lots of "interesting" political things happened! Not to mention a global pandemic that gave me more time to catch up on weird incomplete things. So I decided to open up the .GMK I started in 2016 and finish it! This game pretty much matches the vision I originally had for the game - it's a parody of Pokemon Go, except there are Politicalmon instead of Pokemon! It wouldn't be hard to make a 2020 version of the game (just replace HRC with Biden, and add a few new Politicalmon), but I doubt anyone is begging for that any more than they're begging for a game about an election that happened over four years ago!

Everything you do in this game involves clicking or dragging things with your mouse, or else using Enter, Spacebar, or the arrow keys. The game ends once you get 270 or more electoral votes.

Note that Maine and Nebraska are treated as "winner take all" states - in contrast to real life. There are also no "faithless electors" in this game, so you won't be competing against folks like Colin Powell and Faith Spotted Eagle.

Obviously, this game contains plenty of things that some people might find offensive! Steer well clear of this if you don't like politics - or a heaping cup of political satire.