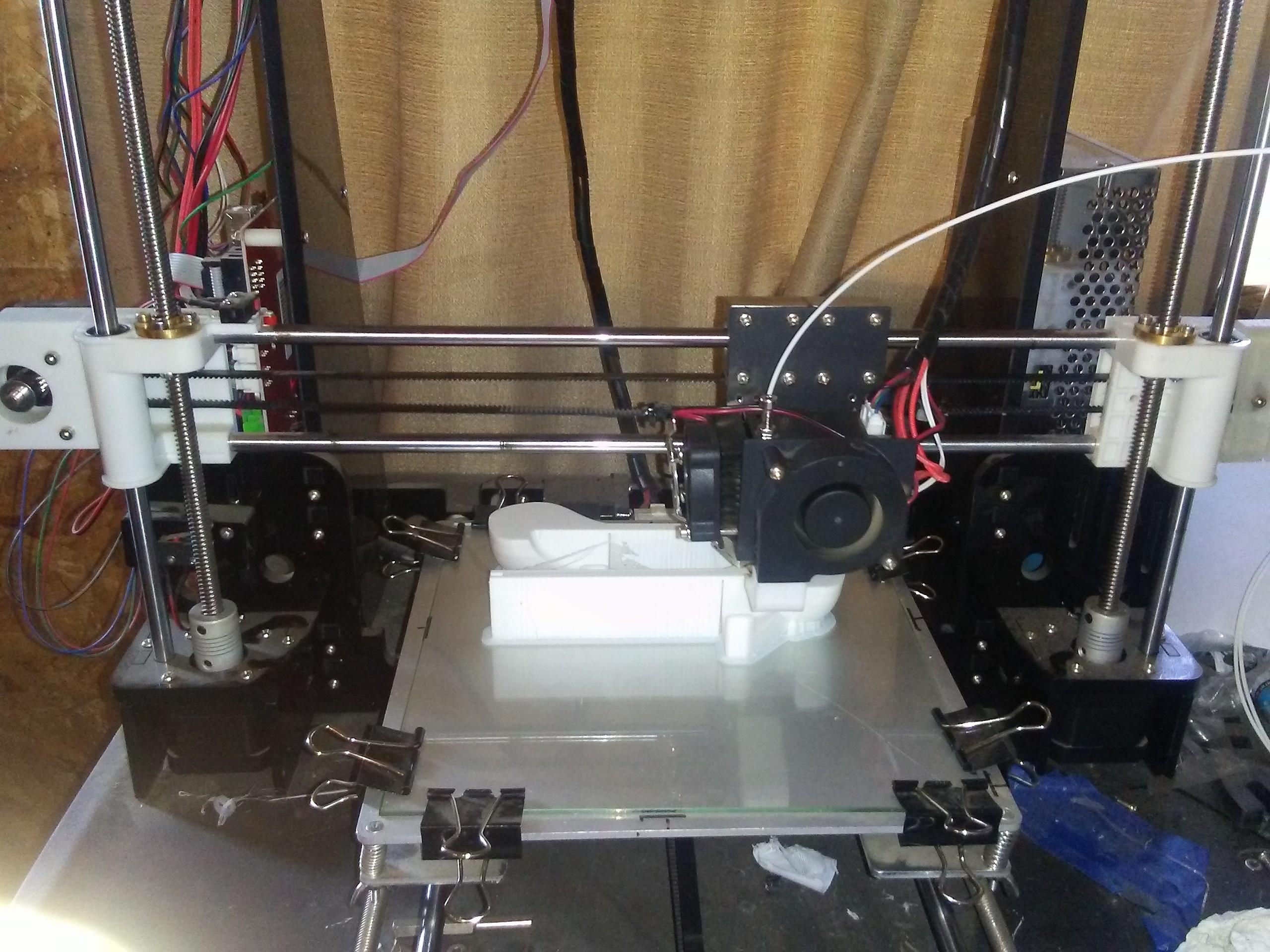 Last year, I acquired an Anet A8 3d printer from my family, as a christmas present.
After looking them up, they are rather inexpensive compared to most, and assembly is definitely required.
They are definitely also not one to count out either. while they take a good deal of work, they do produce quality results if you have your settings right.
Most of the stuff you need to start is free. Ultimaker Cura works great for getting the files set up properly.
Some code required, but the work is already done there, and just needs to be copied, and pasted into the right areas.

Once I got that set up, and the bolts tightened, I was ready to do my first prints... needless to say I failed... a lot....
Things got better after learning that PLA binds to blue painters tape like it was glue.

I was however able to print one important thing.
<div>

https://www.thingiverse.com/thing:2059082 (Spool bolt) The giant bolt and nut from this model
It wasn't perfect, but it worked well enough that it was able to spool by itself properly without needing to be constantly monitored. I may reprint this eventually, and get the spool guide set up.

</div>
I eventually learned that I was leveling the print bed wrong. It doesn't refer to actual level, but level in relation to the position of the extruder head. once I had that, I was more or less good to go for my first, at least partly successful prints.
Theese ended up being a few parts that were not included in the kit.


These two parts are key to making anything with any amount of precision. as they get the belts tighter than is doable in the assembly process.
I had to do them twice, because the belts were loose when printing initially. and the resulting parts needed to be forced together.
The 2nd attempts worked perfectly, however. I shot for a level of tension that allowed the belts to vibrate much like the E string on a bass guitar.
Less slack=Higher precision

Once I had those, I had my first precision parts. They amounted to being basically nuts and bolts, but still. they worked!


I did end up needing a few more things. but those were able to be gotten at the dollar store.
A sheet of glass, and binder clips...
It turns out that glass makes the perfect surface for PLA plastics. I just took one out of a dollar store picture frame and held it on with some binder clips. It's a bit ugly to look at, but it works like a charm.
The object bonds to the surface while printing, and breaks off easily when it's finished and cooled off.
Once the excess is scraped off, simply cleaning the surface with glass cleaner makes it ready for the next print.


The rest comes down to configuring the print settings. This comes down to good old trial and error.
My prints are rather slow, compared to many other people's, With a max print speed of 60 mm/s, a layer height of 0.06 mm/layer, and the infill being set to 100% for most tasks, things can take a day or more to print. My settings are unusual compared to most however, but this guarantees me the best possible print quality.
In the case of the object being printed in the picture above, which is handle grips for Nintendo Switch in portable mode, it's expected to take 6 days, and two hours to complete. That picture was taken at around 30% completion on day 3.


So far my printouts have been relatively few.
In addition to the things noted above, I have also printed:

A dead-bolt for my bedroom door.
A small sprocket chain (as a fully assembled linked part test, [Test Successful])

Currently active print (As of typing)
Handle grips for Nintendo Switch: portable mode (3 days of 6 expected. no problems in printing)

And for things that were actually my own work:

An [poor] attempt at a virtual sculpture of a head (As of writing this, this is the only 3d printed object that is of my own creation)


And things in planning:
RC Car/truck body(s) ... So far hasn't gone through however...

The Meg II is going to be even bigger than The Meg! 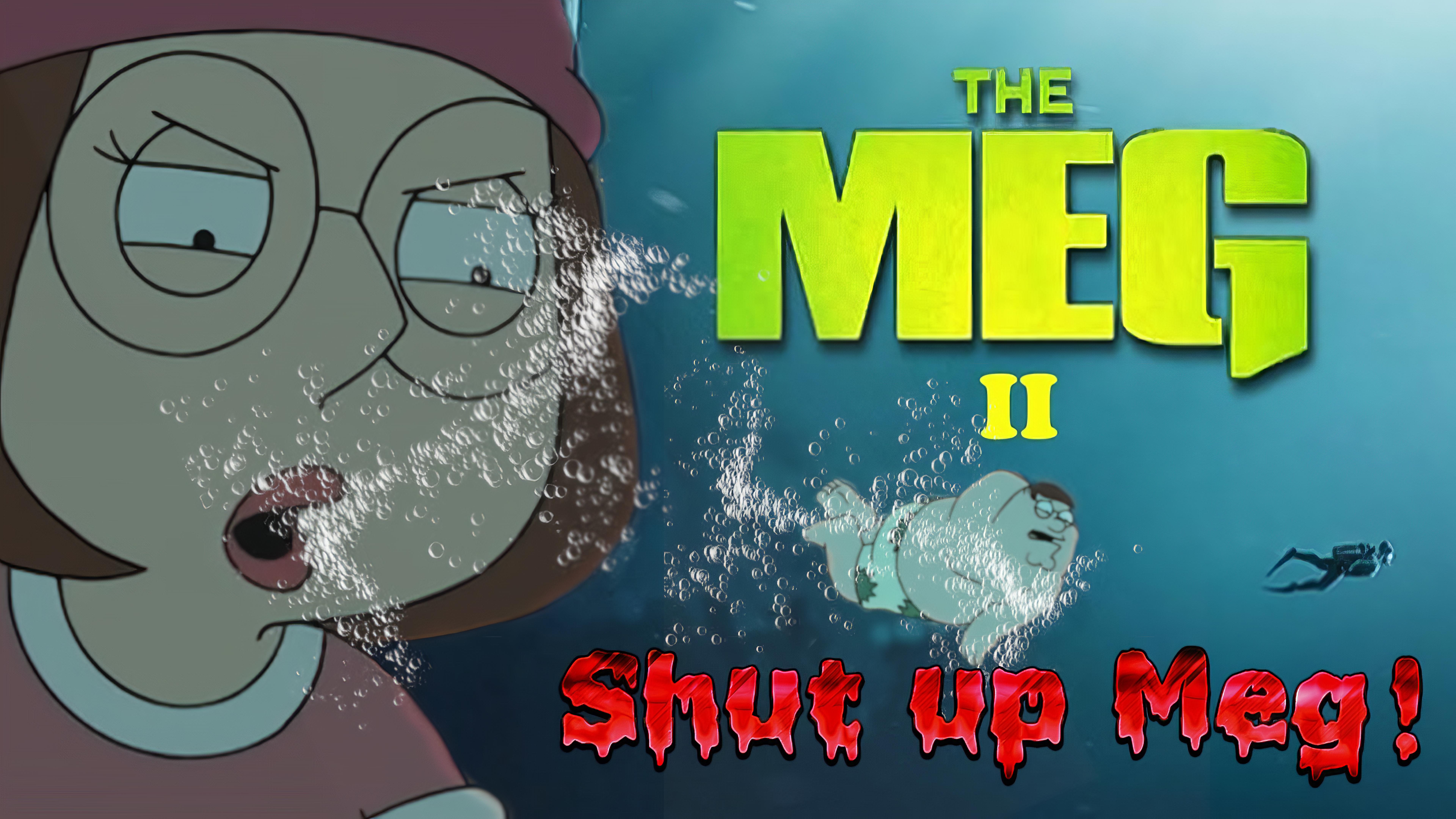 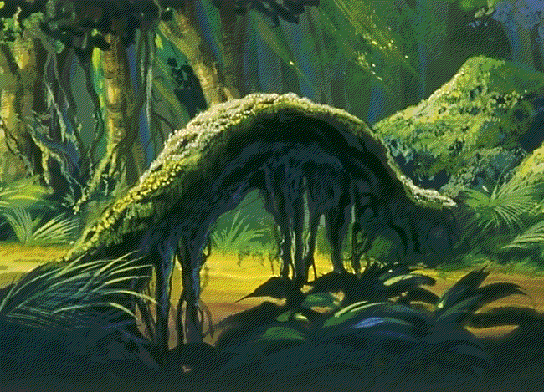 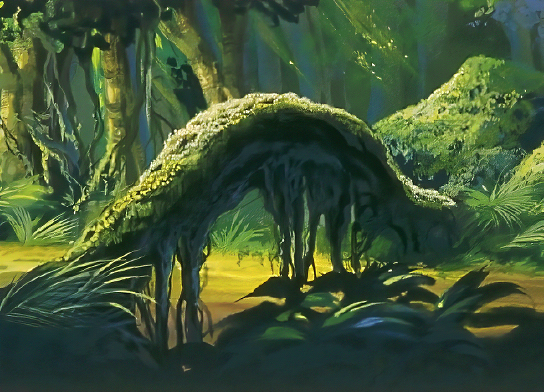 Nite's 3-D printed chaos
Since I now have a 3-d printer, an entire world of possibilities has been opened up to me.
Give or take needing to do some calibration on occasion.


Anyway, I decided to start off with an NES controller I had planned awhile ago, but didn't have a means of doing it at the time.
Here it is! 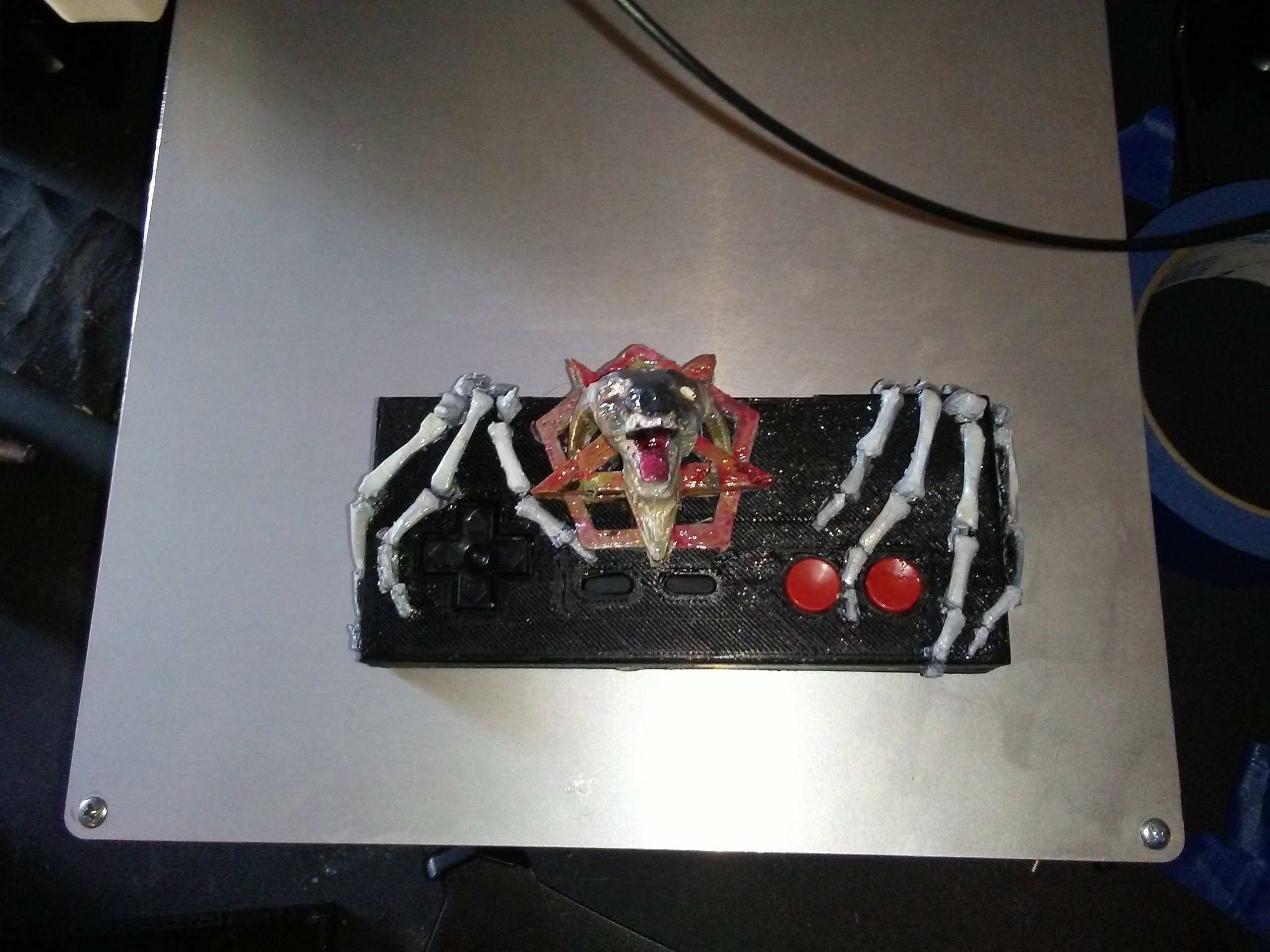 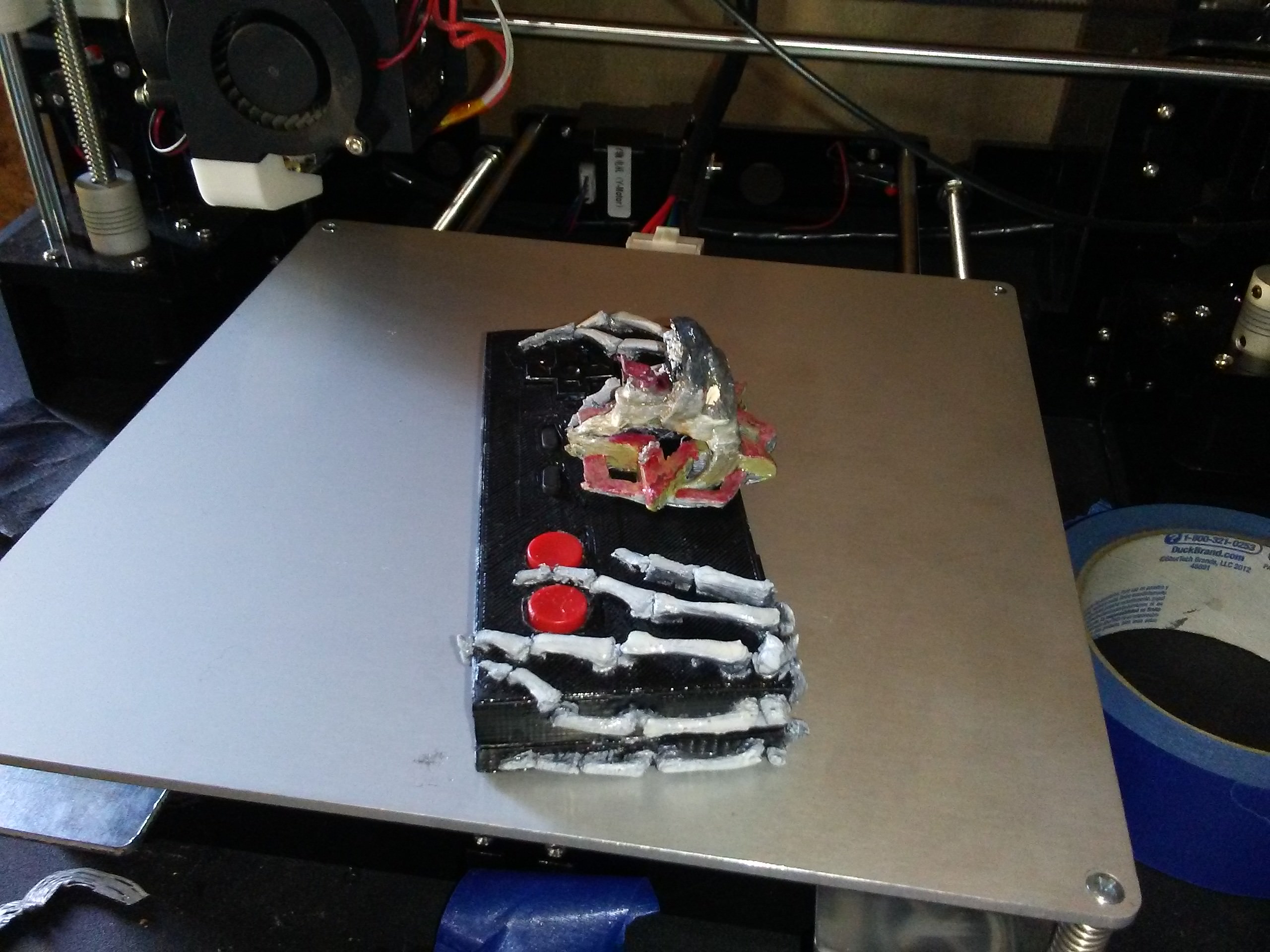 Unfortunately, due to a scale mismatch in the model, this is NOT a functioning controller.
But, it does make a pretty badass Christmas tree ornament.

I now have a 3d printer!
Just got my Christmas present from my family a bit early this year! (It's not even December this time)
They got me an Anet A8 DIY printer (My brother assembled it, which has me thoroughly impressed.)
All the complicated stuff was done for me! So from here, it's just calibration.

I'm going to start off by printing some recommended upgrades to the printer, then I will likely move on toward other things, such as this raspberry Pi 3 board that I plan to use for an arcade machine.

It needs to be fine-tuned, obviously. but I think I'm going to have some fun with this bad-boy!


I'll let you guys know how things go with this thing! 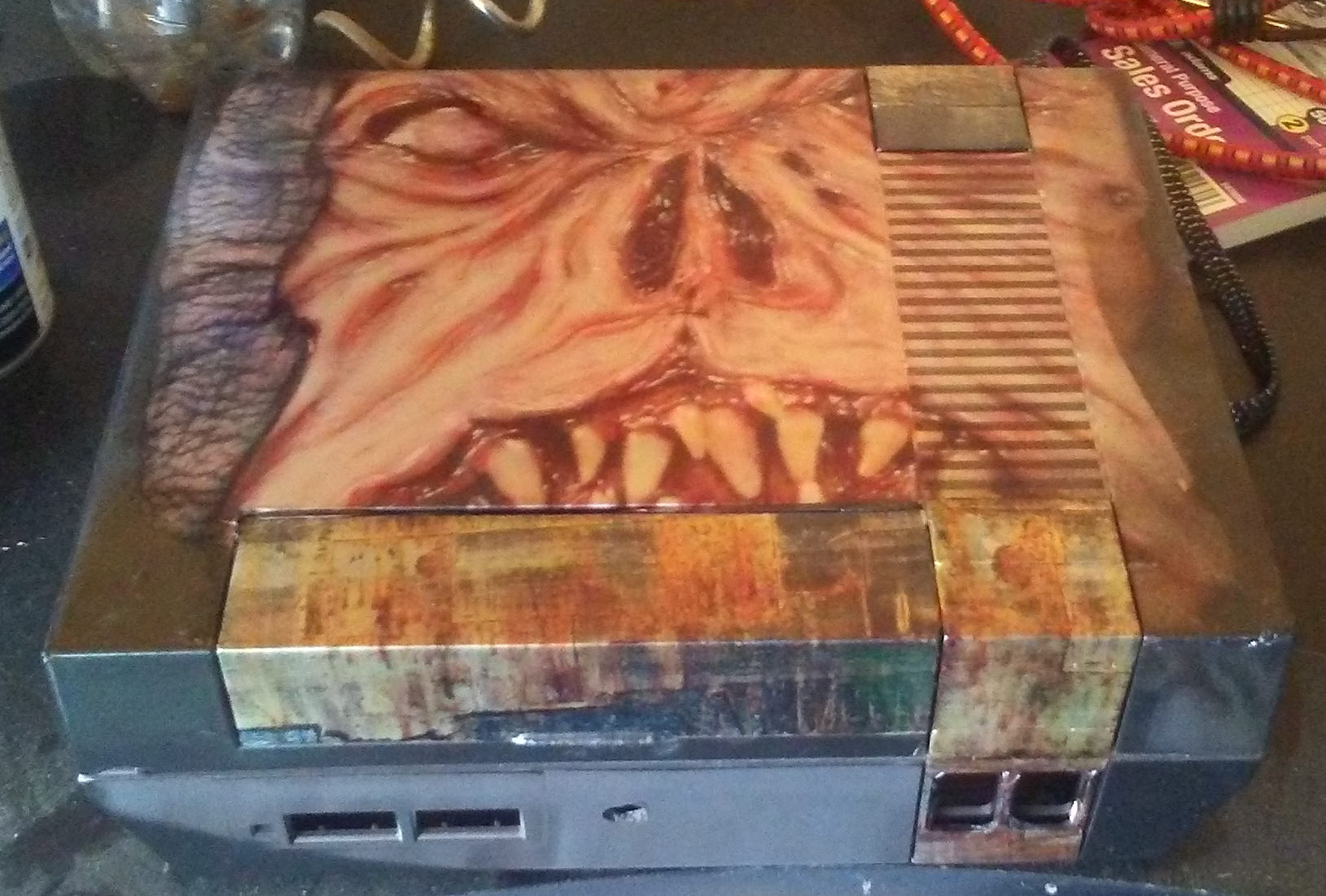 What the hell am I reading? (Fowl Language Warning!) https://archive.li/UuEJw

I seem to be having some trouble pasting that in here. but be forewarned... this is pretty bad.
It's David Crooks talking about TotalBiscuit's death.


I would put this out there: You like someone or ya don't, but what do they hope to gain by kicking a dead man? 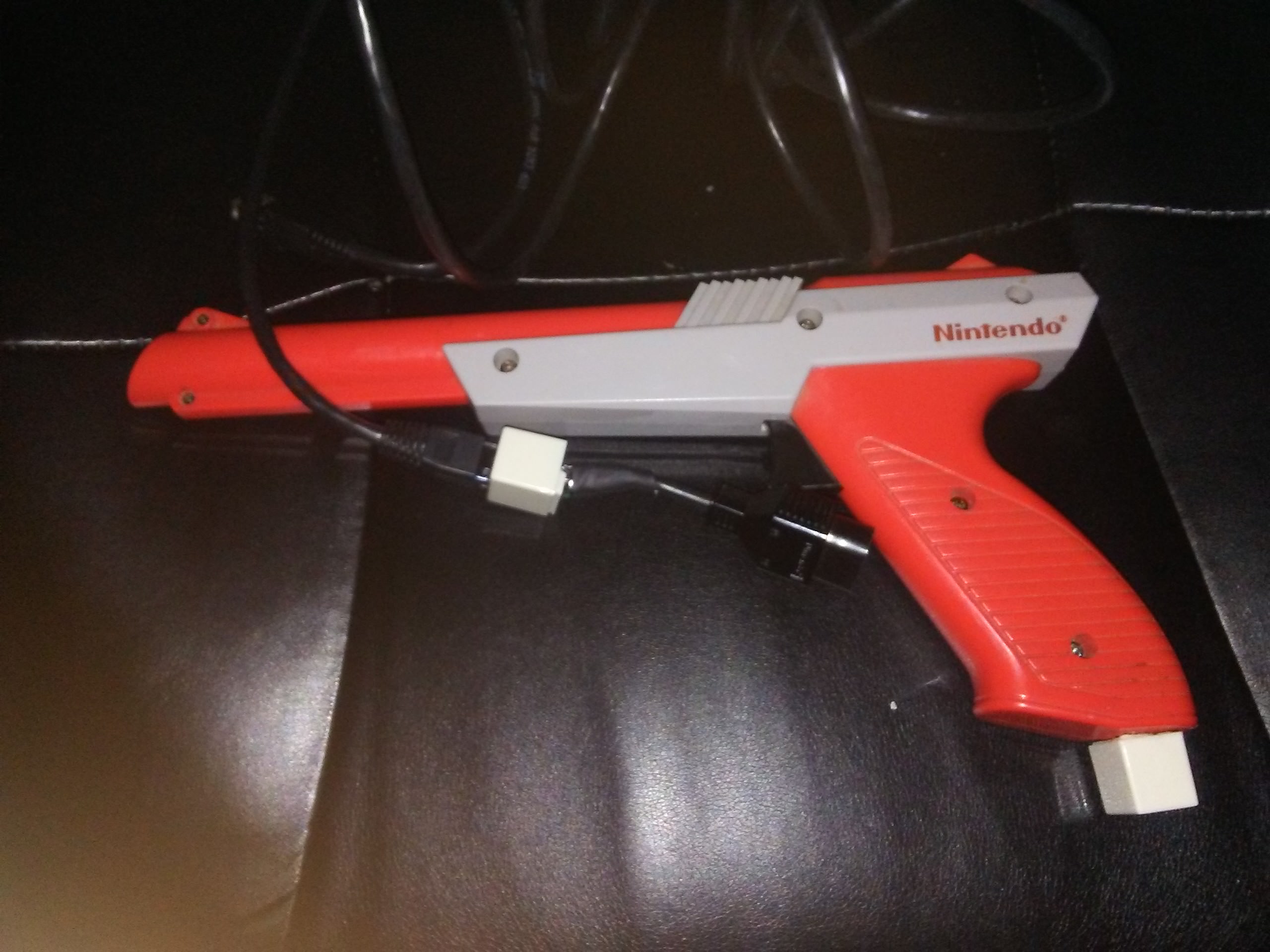 So, unfortunately the cord for this thing got severed at some point. (What a bummer! I loved this thing)
After a little bit of thinking, (About 5 minutes) I decided to take advantage of this to see if I could set up an interchangeable cable system. Simple enough concept: Ethernet couplers, and a cat5e cable.

The end result was actually a better success than I had expected. It works exactly as it should, plus I can interchange the cable for something longer if I wanted. (I also have an additional cat5e cable if I need one)
This was a simple modification. only requiring an ethernet coupler (Broken in half) some electrical tape, and some shrink tubing.

Whatever this thing is. 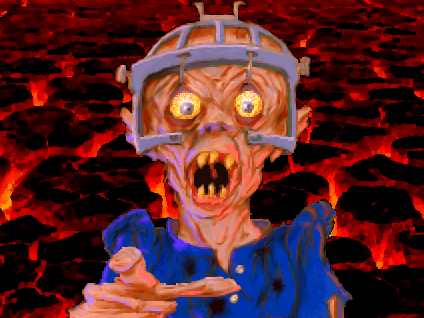 Yeah, I got bored and revamped this thing. Enjoy!